Qamar Iqbal full name was Iqbal Muhammad Khan. He was born on 2nd February 1944 at Aurangabad, M.S., India. He was primarily a ghazal writer but he had also composed Sulasi, Nazm and Hazal. 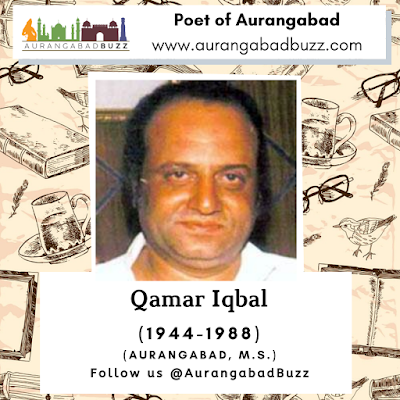 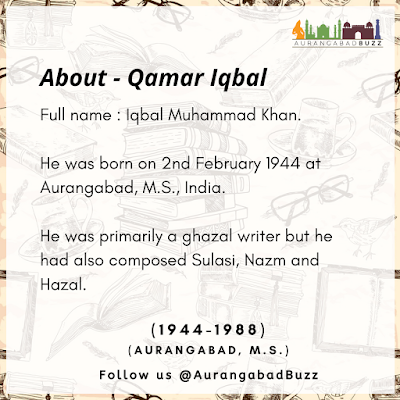 He also worked in the capacity of an editor for the daily newspaper “Aurangabad Times”.
His published works are “Titliyaan” (A Collection of Sulaasi- 1981) and (“Mom Ka Shahr”- A Collection of Ghazals) 1986. Qamar passed away on 18th July 1988 in Aurangabad. His complete work titled “Kulliyaat-e-Qamar Iqbal” was published posthumously by his wife Afsari Begum, in 2010.