on October 25, 2020
The city police on Friday detained and later released a group of students belonging to the Akhil Bharatiya Vidyarthi Parishad, who went to break the lock of the Dr. Babasaheb Ambedkar Marathwada University’s main library. They said scores of students, including those doing research, were being deprived of their right to use the library. The government has now allowed libraries to start functioning after following all the safety protocols related to Covid-19. 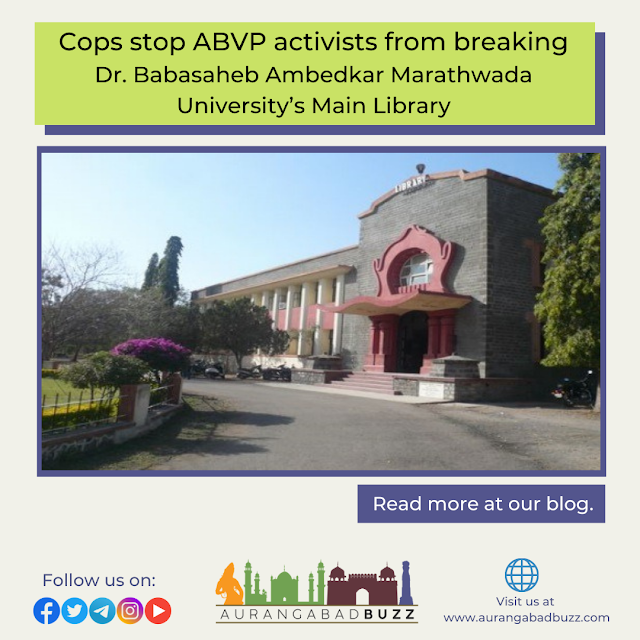 ABVP’s district convener Shyamsunder Sodgir said they had made several representations to the government and the other authorities concerned to start the government-run institutions gradually to avoid loss of education to the students.
He said that many students in villages have started returning to Dr. Babasaheb Ambedkar University but the facilities such as the libraries were shut. “We went to break the lock of the library building and were deterred by the police. However, we wanted to draw the attention of the people and the government towards the need to open educational institutions like the libraries,” he added.