Fierce fire in the vicinity of the historic Daulatabad fort

Daulatabad: A fire broke out in the area behind the historic Daulatabad fort on (5th March 2021) Friday afternoon. The fire spread rapidly over an area of   hundreds of acres, destroying millions of acres of forest. Due to the high temperature in the afternoon, the fire spread rapidly and it was difficult to control it.  The fire was brought under control late in the evening as fire brigade vehicles could not reach some areas. However it was reported that citizens along with fire brigade and forest department tried their best to stop the fire. 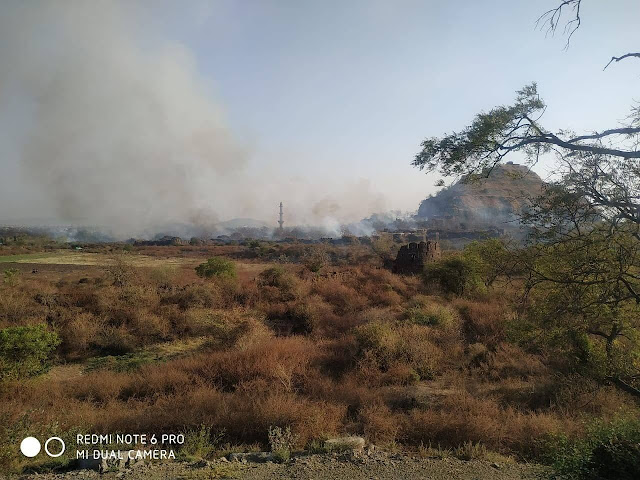 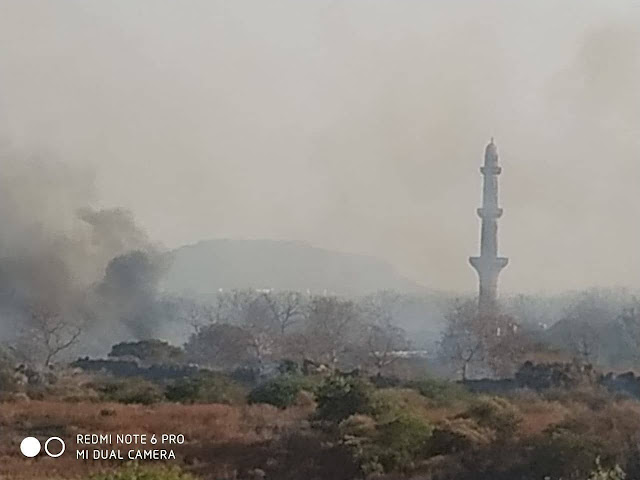 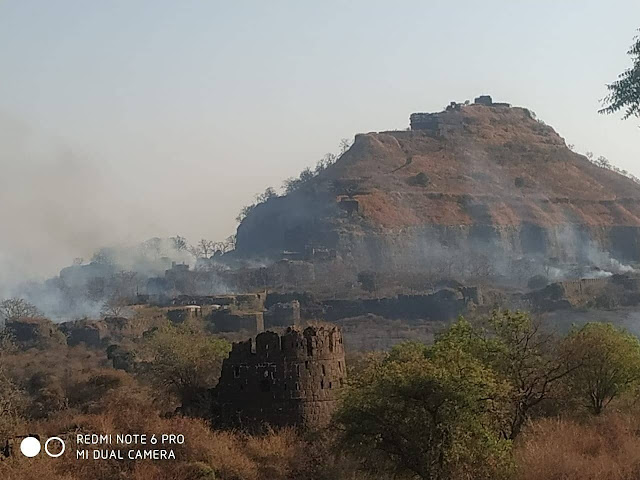 - A fire broke out in the ramparts of the fort.

- The cause of the fire is unclear.

- Smoke in the vicinity of Devagiri fort.

- Thousand of tress & crops burned due to the fire therefore a huge loss.

Here is a video.