A 20-year-old man was arrested for allegedly possessing 41 swords and eight other sharp weapons in Aurangabad city of Maharashtra early on Sunday, police said.

The accused has been identified as Irfan Khan alias Danish, a resident of Baijipura area of the city, they said."Khan used to purchase swords online and rent them out for wedding functions," an official of Jinsi Police Station in Aurangabad said. Recently, he had placed an order for a number of such weapons, which were delivered to him by a courier company, he said, adding that his intention behind buying such large number of weapons is being ascertained. 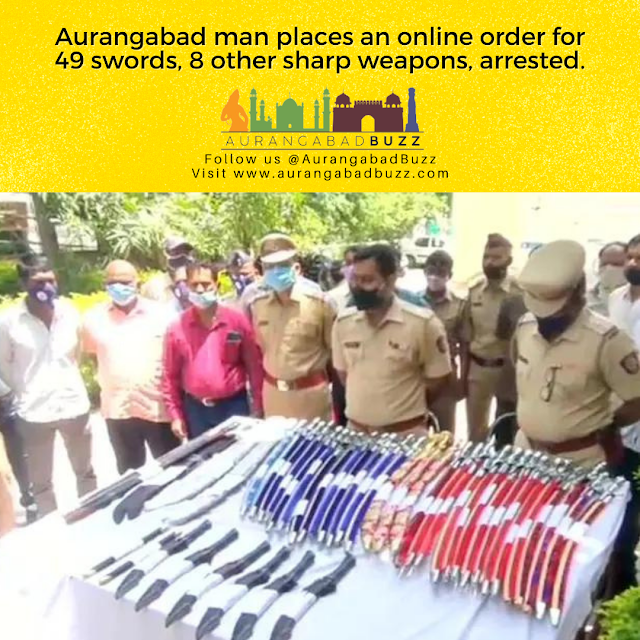 "After we got a tip-off about it, we raided his residence and confiscated a total of 49 weapons," the official said. Forty-one of these weapons are swords, while six others are kukris, another official said.
The accused was arrested under sections of the Indian Penal Code (IPC) and the Arms Act. He has been remanded in police custody for six days, police said.