Monuments in Aurangabad district of Maharashtra will now remain open for tourists till 4 pm, as per fresh orders issued by the local administration. Aurangabad district is home to Ajanta and Ellora Caves, a world heritage site, as well as Bibi-Ka-Maqbara, Daultabad (Devgiri) fort, Aurangabad caves among others.

The monuments were reopened on June 18 after remaining shut for over three months amid the second wave of the coronavirus pandemic. Two days back, the district administration capped the number of people permitted to enter monuments at 500 people per session in morning and afternoon, half of what was being allowed earlier, an official said. 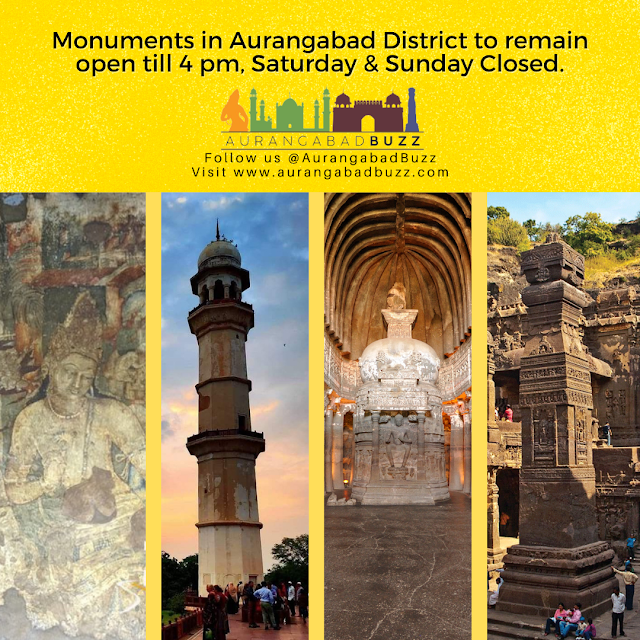 After the monuments reopened, tourists are allowed to visit them during sunrise to sunset. However, as per the fresh order in line with the level-3 restrictions imposed in Maharashtra, the monuments in the Aurangabad district will now remain open between 7 am and 4 pm, except Bibi-Ka-Maqbara which is allowed to remain open till 10 pm.

While talking about the timings of the weekends to one of the officials of the MTDC (Maharashtra Tourism Department Corporation), He replied that the monuments will be closed on Saturday and Sunday.

Meanwhile, marriage and engagement ceremonies planned earlier will now be exempted from the weekend lockdown in the Aurangabad district. Hotel parcel service is restricted till 8 pm in Aurangabad city.