Ajanta & Ellora are the two UNESCO World Heritage Sites located in the Aurangabad district of Maharashtra, India. It is one of the largest rock-cut Hindu temple cave complexes globally, with artwork dating from the period 600–1000 CE. Ajanta is mostly about beautiful paintings made on cave walls on the theme of Buddhism. Ellora is all about sculpture and architecture belonging to three different religions prevailing in the country during those times—Buddhism, Hinduism and Jainism. Both the caves have sculptures. While the Aurangabad caves are twelve rock-cut Buddhist shrines located on a hill running roughly east to west, It's very near to Goga Baba Tekdi, Soneri Mahal, Dr Babasaheb Ambedkar Marathwada University and Bibi-ka-Maqbara. 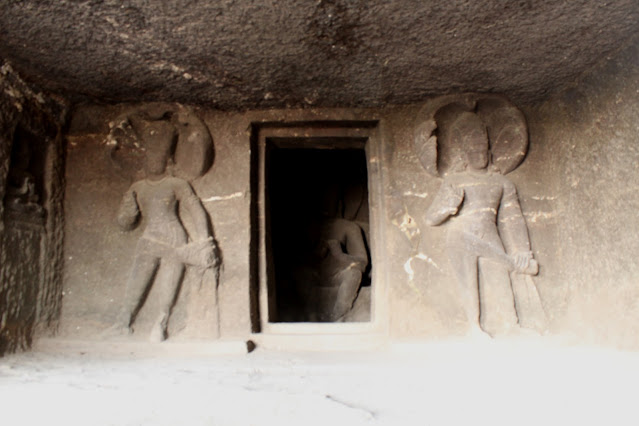 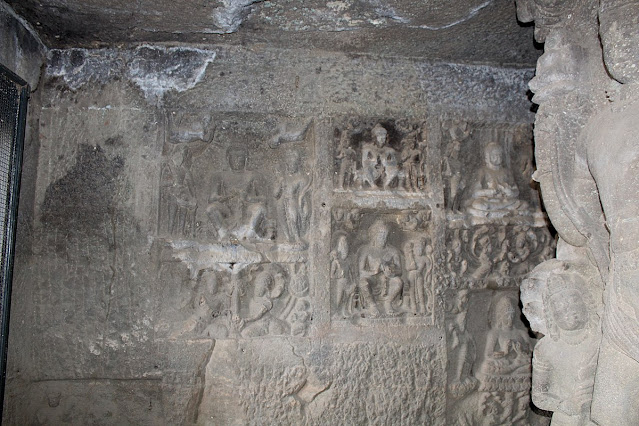 A meditating Buddha at Aurangabad Cave (1st & 2nd Photos) : The Aurangabad caves are twelve rock-cut Buddhist shrines carved in the 6th-7th century CE. They are located on a hill running roughly east to west, close to the Bibi Ka Maqbara in Aurangabad, Maharashtra. These show Hinayana, Mahayana and Vajrayana styles of artwork. Notable are goddesses carved with the Buddha, whose iconography is said to be as close as to those found in the Shaktism tradition of Hinduism. 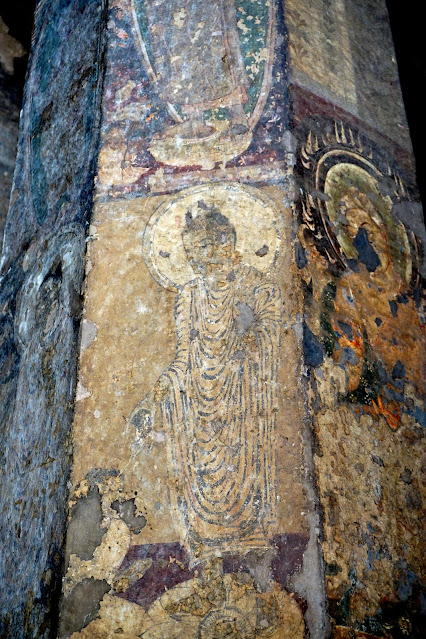 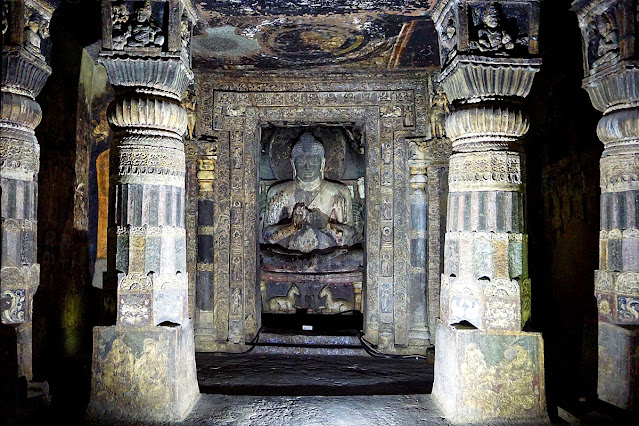 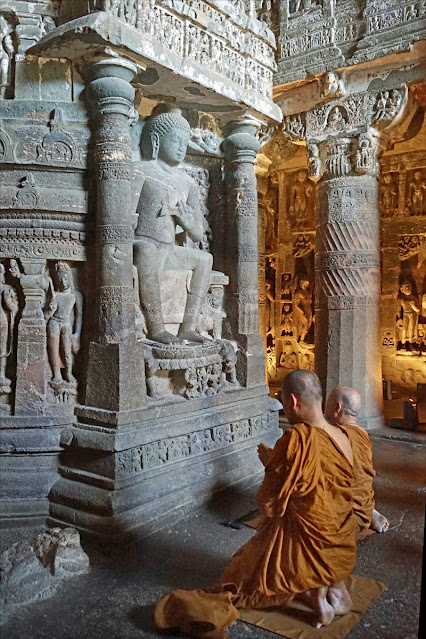 Ajanta Caves : A Drawing on the column of the Ajanta Cave can be seen at Cave no. 10 (3rd Pic). The Main Shrine along with the columns (4th Pic) at Cave no. 17. The Buddha of a secondary sanctum is to the right of the central sanctum which is on the upper floor of Cave No.6 (5th Pic). Also, a photo of 2 monks can be seen praying to a statue of Buddha at Ajanta Cave (26) Dagoba (6th Pic). 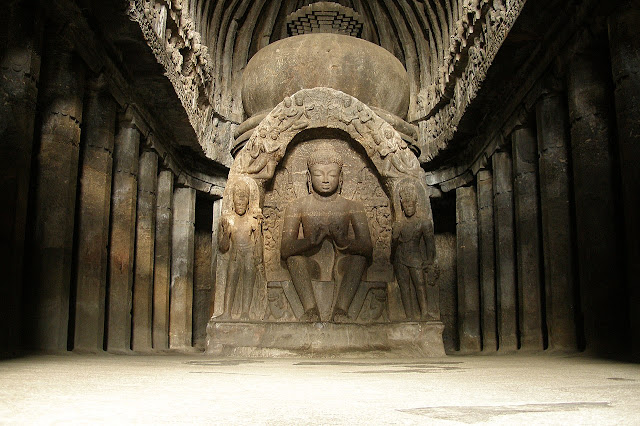 A photo of The Vishvakarma Buddhist Cave (7th Photo) at Ellora Caves.