Mir Hashim Ali was born on 19th January 1928, He was a famous poet and writer of Aurangabad. He was a retired judge and was known for his kindness, generosity and sociable character. 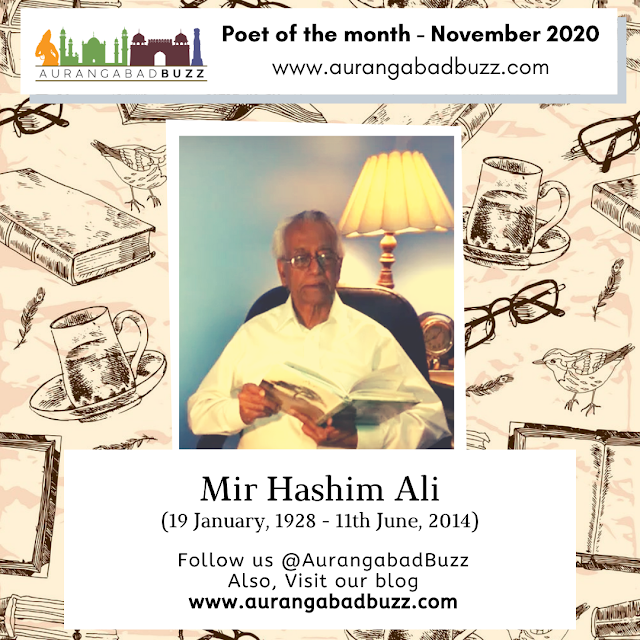 He was very much known all over in Urdu World for his distinguished voice, refined sensibility and also for the tone and texture of his poetry. He was one of the very few poetic minds who are so highly sensitized to the contemporary socio-economic upheavals, political turmoils, moral digressions and cultural disruptions.

Mir Hashim retains the generic beauty of Urdu Ghazal and Nazm. He, in fact, synthesizes tradition and modernity, His incorporates are surely modern but his poetic idiom is characterized by ingenious Urdu sophistication. He extends the Urdu poetic tradition of Siraj, Wali and Wajid and occupies a noticeable place with his well-known contemporaries. 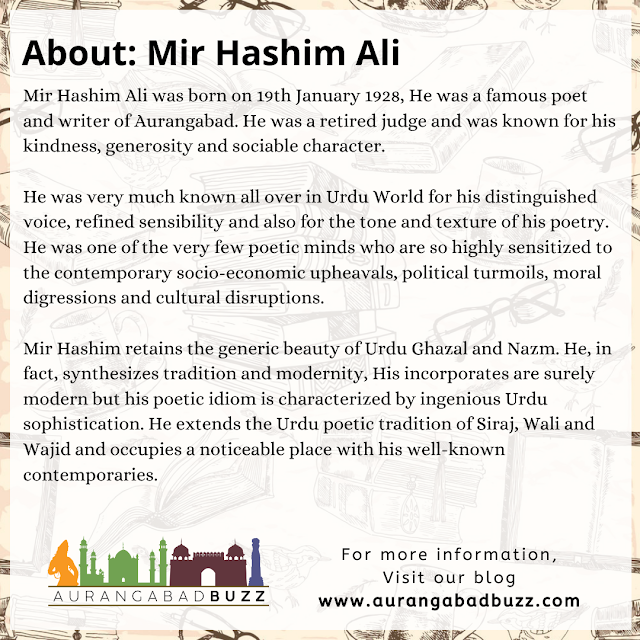 - Dheemi Aag (A combination of Hindi and English Script),

- Who Ek Nigah and Chand Taaron Ke Ban (A critical appreciation of 14 eminent poets of India and Pakistan).

- An English book named ‘The Fragrance of the Book’. 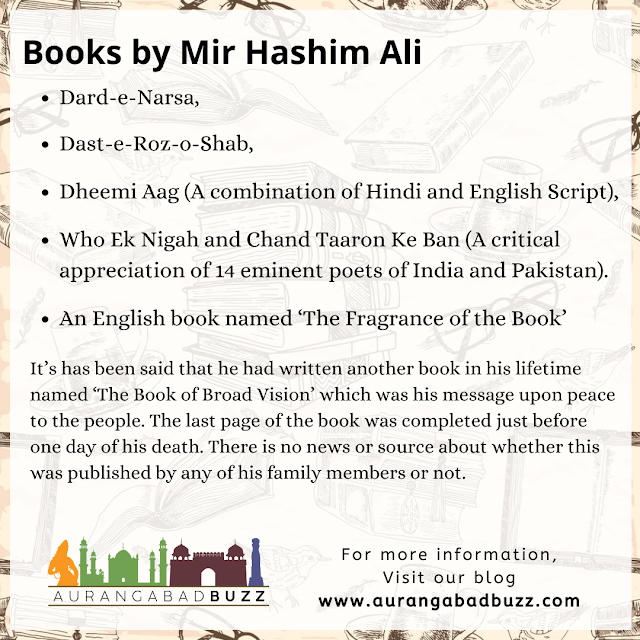 It’s has been said that he had written another book in his lifetime named ‘The Book of Broad Vision’ which was his message upon peace to the people. The last page of the book was completed just before one day of his death. There is no news or source about whether this was published by any of his family members or not. He died at the age of 88 years on 11th June 2014.