A 19 years old girl named Kashish Granthi (Sukhpreet Kaur) was stabbed to death by a young man, Sharansingh Sethi, for rejecting his proposal for a relationship. A candle light march has been carried out at Shiv Chhatrapati Shivaji Maharaj statue at Osmanpura, #Aurangabad. Kashish was a BBA 1st year student at Deogiri College, Aurangabad, Maharashtra became a victim of atrocities at 2 pm on Saturday.

CCTV footage showed the man dragging the student along the road for nearly 200 feet before committing the crime, the officer said. An autopsy at the Government Medical College and Hospital revealed that she was stabbed 14 times in her neck and thrice in the stomach. A 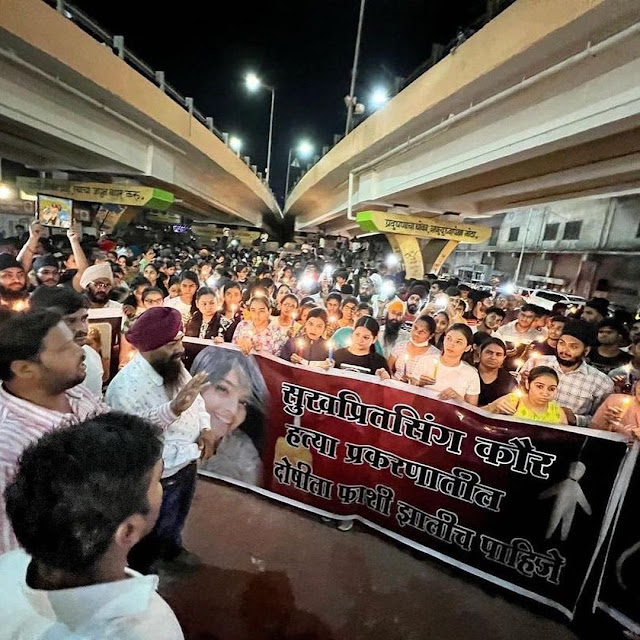 Divya, a friend of Kashish, said “After a while, Sukhpreet came down from the first floor of the coffee shop and rushed out. Sethi ran after Sukhpreet, caught hold of her and dragged her for around 200 feet from the outlet. He suddenly brought out his ‘kirpan’ and stabbed her.” 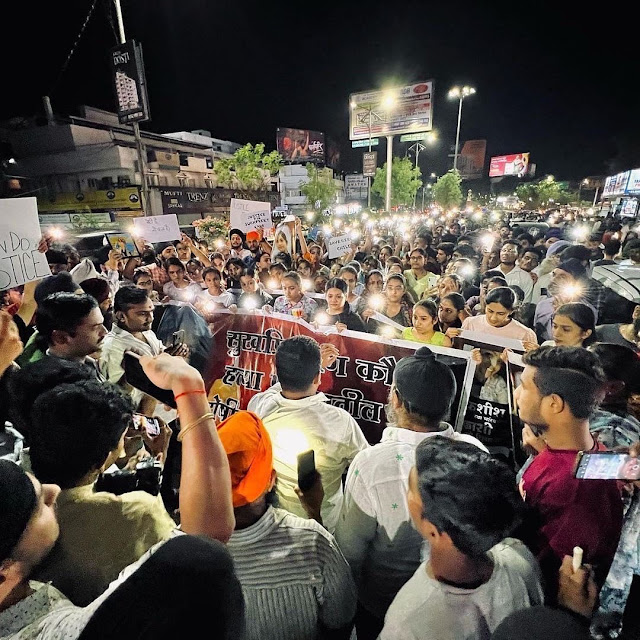 Crime branch inspector Avinash Aghav said, “On seeing Sukhpreet collapsing, Divya ran towards her. Sethi tried to attack Divya too, but she raised an alarm. On hearing her screaming, some people rushed to the spot. He had, however, fled by then.” Divya alerted Harpreet, who immediately reached the crime spot. They took Sukhpreet to a private hospital, where doctors pronounced her dead on arrival. 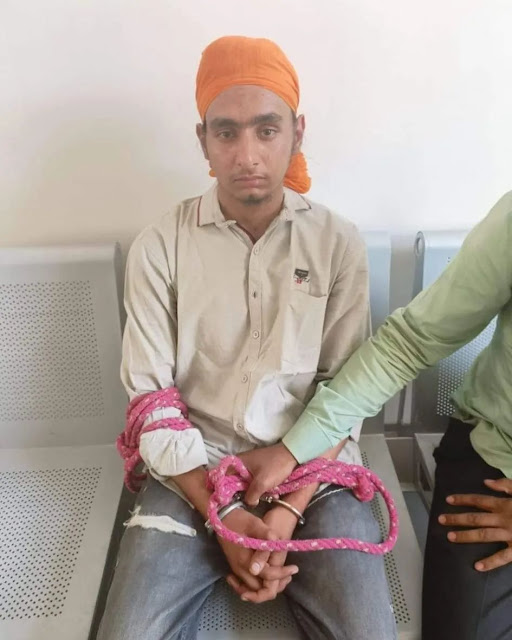 The police have collected CCTV footage from in and around the crime spot and launched a search to arrest Sethi. 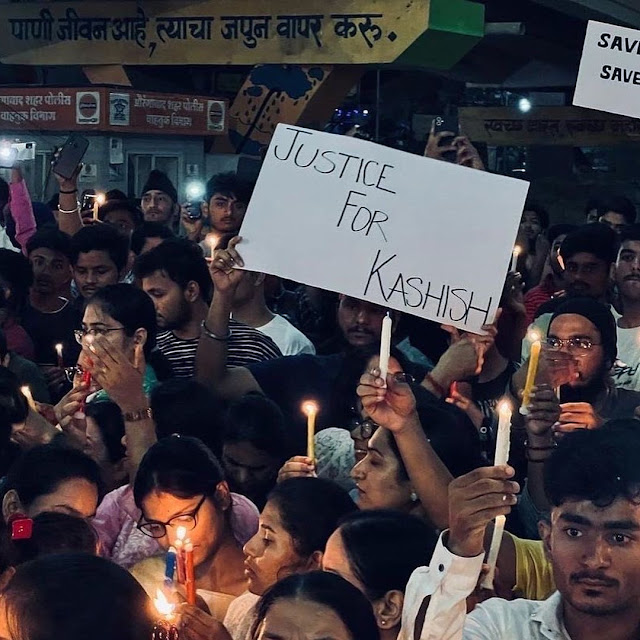