The Archaeological Survey of India (ASI) has found the remnants of a Mughal-era 'hamam' (Turkish bath house) about 50 metres from the entrance gate of the Bibi-ka-Maqbara, the famed replica of the Taj Mahal here. 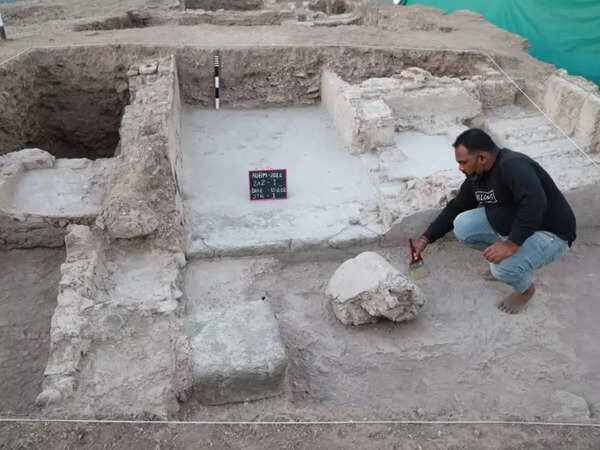 The ASI found the 'hamam' during its ongoing scientific clearance of a huge mound of debris at the spot. ASI officials said there was a strong possibility of also finding the remnants of a 'sarai' (resting place for travellers) there. The design of the 'hamam' indicates that it was constructed during the Mughal era, the officials claimed. They said if things go according to plan, tourists will be allowed to get a glimpse of the 'hamam', and possibly the 'sarai', in the next few months. 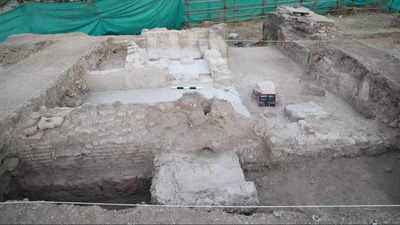 ASI’s superintending archaeologist Dr Milan Chauley told “It would be incorrect to term the ongoing work as excavation. We are carrying out a scientific clearance of the mound, which was started some time in February last year.” Chauley said, “It appears that the Mughals built the ‘hamam’, and possibly a ‘sarai’, so that visitors and travellers could bathe and freshen up before entering the Bibi-ka- Maqbara. The Maqbara is a 16th-century monument built by the Mughals and is known as the Taj of the Deccan.” ASI officials said the ‘sarai’, which was probably open until 1960, had got buried under the debris during an excavation carried out on the roadside. The debris caught Chauley’s attention in February last year. He studied all re- cords of the monument be- fore deciding to go in for the scientific clearance.

During the clearance, the ASI has also found three trenches, connected with an ancient well, that were filled to the brim.